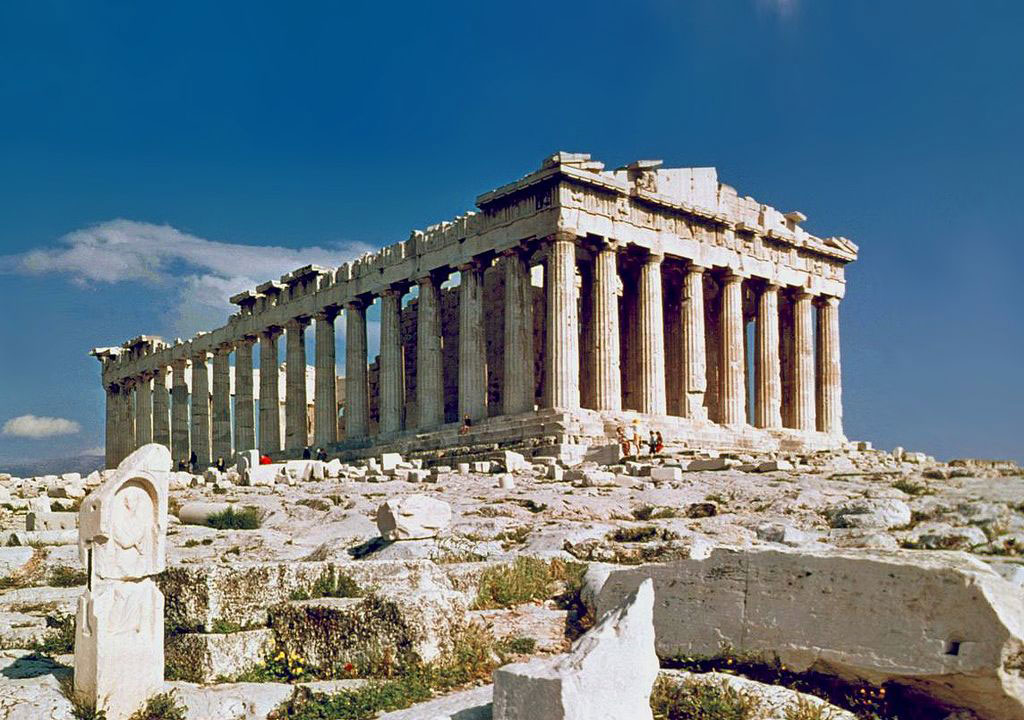 In the world of architecture, there are a plethora of styles. These styles vary from region to region, capturing the essence of the area, time period and relating closely to the wider contemporary artistic style. Whether in Europe or Asia, there will always be something that you haven’t seen before when it comes to architectural work.

Let’s have a look at some of the styles of architecture.

Architecture in all shapes, styles and forms branched out from the classical style in its purest form, where things originally started, with order and logic. Architecture in its most classical form refers to the buildings being created by Ancient Greeks, in the 5th Century BC and Romans, 3rd Century AD.

A look at the first classical monuments in the world includes Temple of Hephaestus, Parthenon Temple, Temple of Zeus Olympian and Erechtheum.

When referring to Romanesque architecture, we are looking at a style primarily characterised by semi-circular arches. From the 6th to the 11th century, Romanesque style was the most popular in medieval Europe combining features of thick walls, round arches, large towers and twisted rope cable mouldings.

Examples of some Romanesque famous buildings are Pisa Cathedral, Abbey of Saint-Étienne, Canterbury Cathedral and Basilica of San Isidoro.

The word gothic can have connotations of gloom and doom, but it is far from it. This style showcases the skills and aspects that are unique to each piece, evolving from Europe in the Late Middle Ages.

Between the early 14th and 16th centuries, architecture with Greek and Roman elements revived and developed to create the RENAISSANCE movement within Europe. There are 5 main aspects that enable people to distinguish whether architecture was created with the renaissance movement in mind, including:

Some famous buildings that took on the renaissance movement include Basilica of Sant’Andrea, Santa Maria Novella, Church of San Giorgio Maggiore and Kraków Cloth Hall.

Tudor architecture, also hand-in-hand with Perpendicular Gothic, stemmed from the mix of renaissance and gothic style that was mostly found in England. This movement occurred between 1485 and 1558. It is common to see thatched roofs, diamond-shaped glass, chimneys and most of all, elaborate doorways.

Most architecture that is in the Tudor style can be noted to be stately homes or National Trust areas, for example, Little Moreton Hall, Blakesley Hall, Hengrave Hall and Tudor House.

Beginning in the 16th century in Rome, Italy, the Baroque style adopted the Roman way of architecture. However, modernised the manner to enhance the might of the Roman Catholic Church.

The movement that began during the mid-18th century was named as the Neoclassical movement. It is a style that encapsulates the classical past of architecture as well as fitting in with the Vitruvius Principles – architecture should focus on 3 central themes, strength, functionality and beauty. As well as this, the Neoclassical architectural pieces focus around the work of the Italian architect, Andrea Palladio.

Some main elements of Islamic architecture including both the non-religious and religious aspects of Islam. Main architectural aspects include domes, arch and Muqarnas vault – a type of decoration that is used for smooth transitions rather than rectangular harshness. It is also common to see Islamic calligraphy as well as patterned ornaments around the architecture, showcasing the history behind Islam and the culture that comes with it.

In the mid-to-late 19th century, architecture branched into the style called Victorian. This refers to the reign of Queen Victoria – Victorian Era. Many common features of Victorian homes saw towers, porches and decorative railings. There are many exterior and interior features that are frequent in houses created in this era:

Some examples to help you identify what this style looks like include Haas-Lilienthal House, Balmoral Castle, Royal Albert Hall and Carson Mansion.

This style of architecture looks at the use of organic lines, mostly seen in jewellery, glass design and posters as well as architecture. This movement came about from 1890 to 1910 through the US and Europe, where it enhanced the modernist elements.

Some key elements of Art Nouveau architecture include:

Bauhaus style is possibly one of the most influential architectural styles in modern design. Established by Walter Gropius in 1919, he founded a school with a creative vision, bridging art and industry with crafts and arts. This movement is seen to enhance economic sensibility, simplicity and focus on the mass production.

The places listed here are just a few in the style of Bauhaus artistry. Keeping with the minimalist theme and to apply to the economy is the core focus of the Bauhaus design. They include Bauhaus Dessau, Fagus Factory and Zentrum Paul Klee.

Art Deco is the style in which looks at the decorative arts in architecture. Originally taking form in the 1920s and evolving in Western Europe and the US in the 1920s, Art Deco looked into the modernism and turned it into fashion-forward architecture. This style enabled a range of different influences to form, including Cubism, Futurism and Constructivism.

To spot a building in this style, look out for sleek appearance with ornamentation of geometric shapes. Make sure to spot decorative panels at the entrances, windows and edges!

A style that came to be in the late 1960s is the art of a reaction against modernism. Modernist architecture got a lot of criticism due to the lack of cultural context. It follows ideas between rejecting the genre and emphasising irony. This style of architecture showcases curved forms, decorative elements, bright colours and often some different textures, which may be unrelated to the actual function of the building.

Deconstructivism refers to the postmodern influenced movement, looking into the deconstruction encouraged from freedom of form and complexity in reconstruction. The way deconstructivism is characterised is through the use of surface manipulation, fragmentation and right angles or grids. These structures go beyond normality and capture the absence of harmony or symmetry, creating something which seems distorted and structured.

It is easy to spot deconstructivism architecture, but if you’re unsure, some places include CMG Headquarters, Dancing House, Jewish Museum Berlin and Walt Disney Concert Hall.

As well as this, modernism looks at the new technologies and the use of new materials. Modernism has a unique style, looking at the abstraction created by geometric forms, linear elements and hooking into the minimalist movement.

Beaux-Arts focuses on the order or formal design, elaborate ornamentation and symmetry. Key elements include columns, balconies and triangular pediments. Originating from Paris, France in the 1830s, Beaux-Arts was taught to upcoming architects.

As we can see, there is a vast amount of change in the style and way in which architecture is created. These are just some examples of different styles that the world has enabled us to create with the cultures, societies and religions we want to represent through architecture.