While many of the coastal wartime structures have been severely damaged by the elements over the decades, some remaining wartime architecture has been engulfed by the surrounding environment, trees, shrubbery or sand, blending naturally into the landscape. In this blog, we take a look at some of the forgotten wartime architecture that still exists along UK coastlines today.

© Copyright Stthomse via Wikipedia under this Creative Commons Licence.

During WW2, hardened field defences formed part of British preparations for a possible German invasion. Pillboxes were small fortified structures constructed as a part of anti-invasion preparations. The name “Pillbox” was a reference to their shape. The basic designs of these pillboxes were adapted by local circumstances and the availability of building materials so much so that, outwardly, two pillboxes constructed of the same basic design could look quite different.

The Essex Lozenge is unique to the seawalls of Essex. Sometimes referred to as a through-the-wall pillbox, as it would penetrate the sea wall. However, this description is misleading, as after the war the sea wall was raised, which partially buried the pillboxes that originally sat on top of it.

Lozenge pillboxes are large elongated octagons, as the name suggests, which have three faces with embrasures at the front, the rear and two long side-walls. One side has the entrance to the pillbox, which has an attached porch. The front and back embrasures were mirrored with the intent to allow for fire in both directions. This ensured that the pillbox could not be flanked by troops that had managed to penetrate inland.

The majority of these pillboxes are now inaccessible as the entrances have been buried in the seawall. 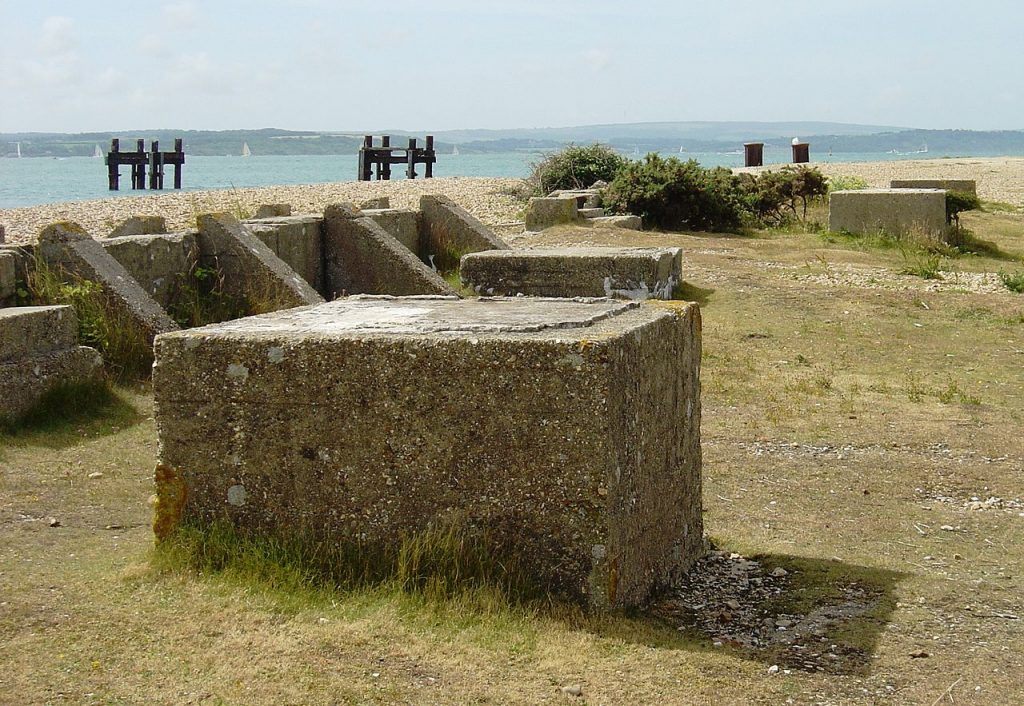 © Copyright Clausentum via Wikipedia under this Creative Commons Licence.

On 6 June 1944 (D Day), this stony beach near Lymington, on the northern shore of the Solent, was one of the main launch-points for the Battle of Normandy. This was the start of the great campaign to liberate Europe and to bring the Second World War to its end.

Floating harbours, slipways and other installations couldn’t easily be concealed. Even so, men and material were discreetly marshalled under the cover of nearby woodland. Today at Lepe you can still see plenty of evidence of wartime activity. 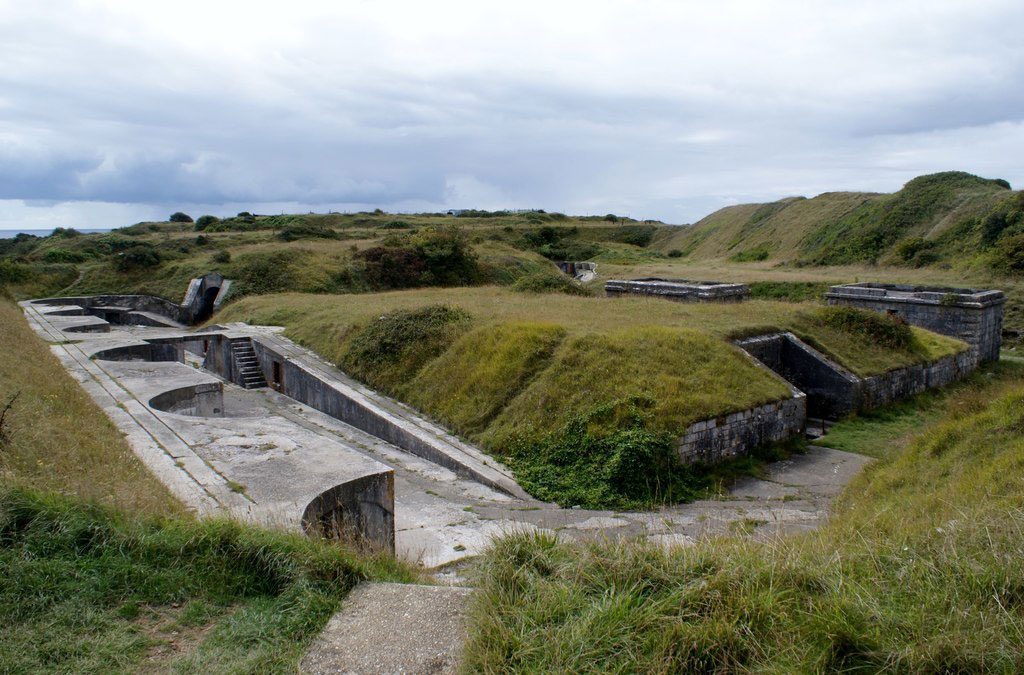 © Copyright D M Wilmot and licensed for reuse under this Creative Commons Licence.

Having been constructed within a disused quarry, the battery’s guns were hidden from the enemy’s view. The “high angle” that the guns fired at was to ensure that shells dropped down inflicting maximum damage on the vulnerable upper decks of an enemy vessel. With the invention of smaller craft like torpedo boats, the guns were less likely to score a hit, resulting in the battery’s decommission in 1906. 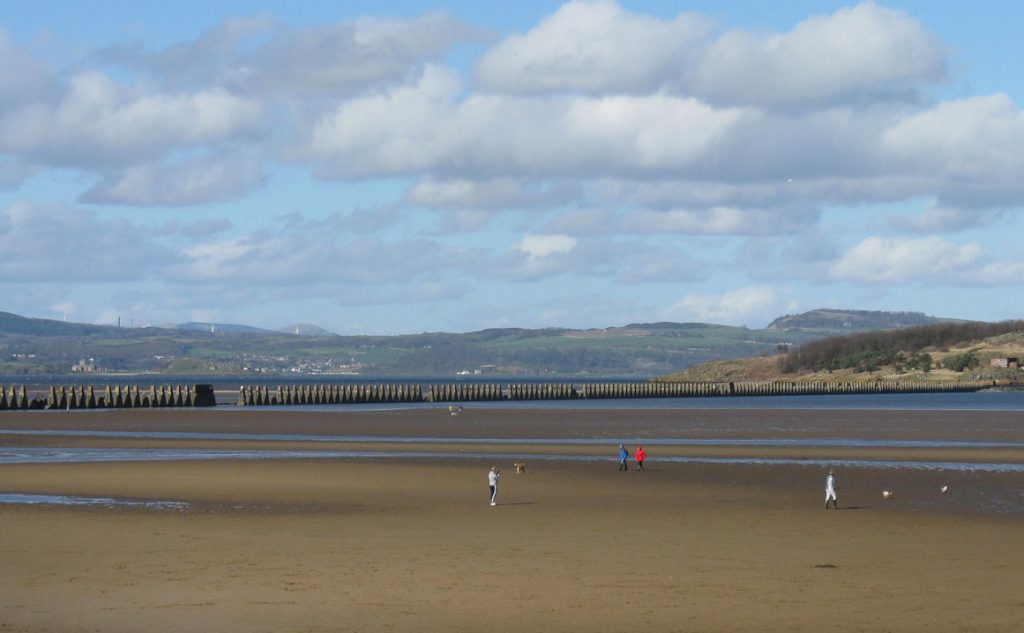 © Copyright M J Richardson and licensed for reuse under this Creative Commons Licence.

Dragon’s teeth are “teeth-like” fortifications of reinforced concrete. They were first used during the Second World War to impede the movement of tanks, submarines and mechanised infantry.  An anti-submarine barrier, known as ‘the dragon’s teeth’, was built between the village of Cramond and Cramond Island which still exists today.

Arranged in a long row, these pyramid-shaped concrete pylons reach up to three metres high and are spaced about 1.5-metres apart. The fortifications have vertical grooves in their sides into which are slotted reinforced concrete panels. On top of the blocks, fixing rings are located for large-diameter steel wire and anti-submarine nets.