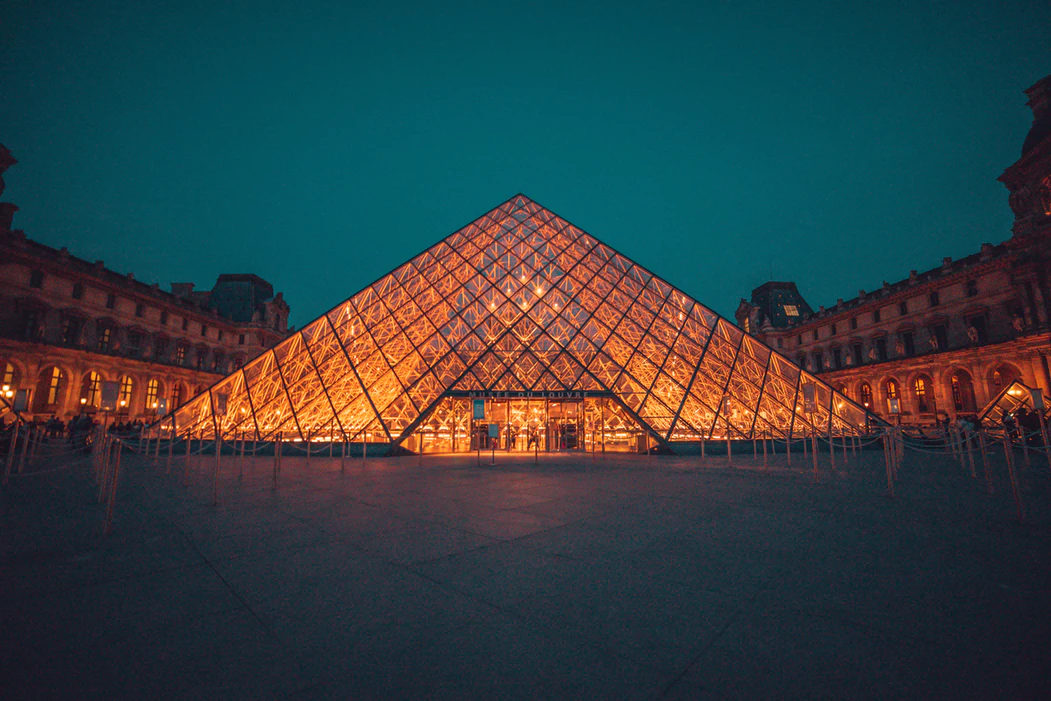 While the world is full of incredible ancient and historical builds, modern architecture has well and truly earned its place in the proverbial hall of fame. From innovative designs that cut an interesting skyline, to practical but stunning buildings that remind us all that we’re living in the 21st century, Modernism has been a movement in architecture that has completely changed how we tackle today’s greatest building projects. We’re taking a look at some of the greatest modern builds from the 20th century. 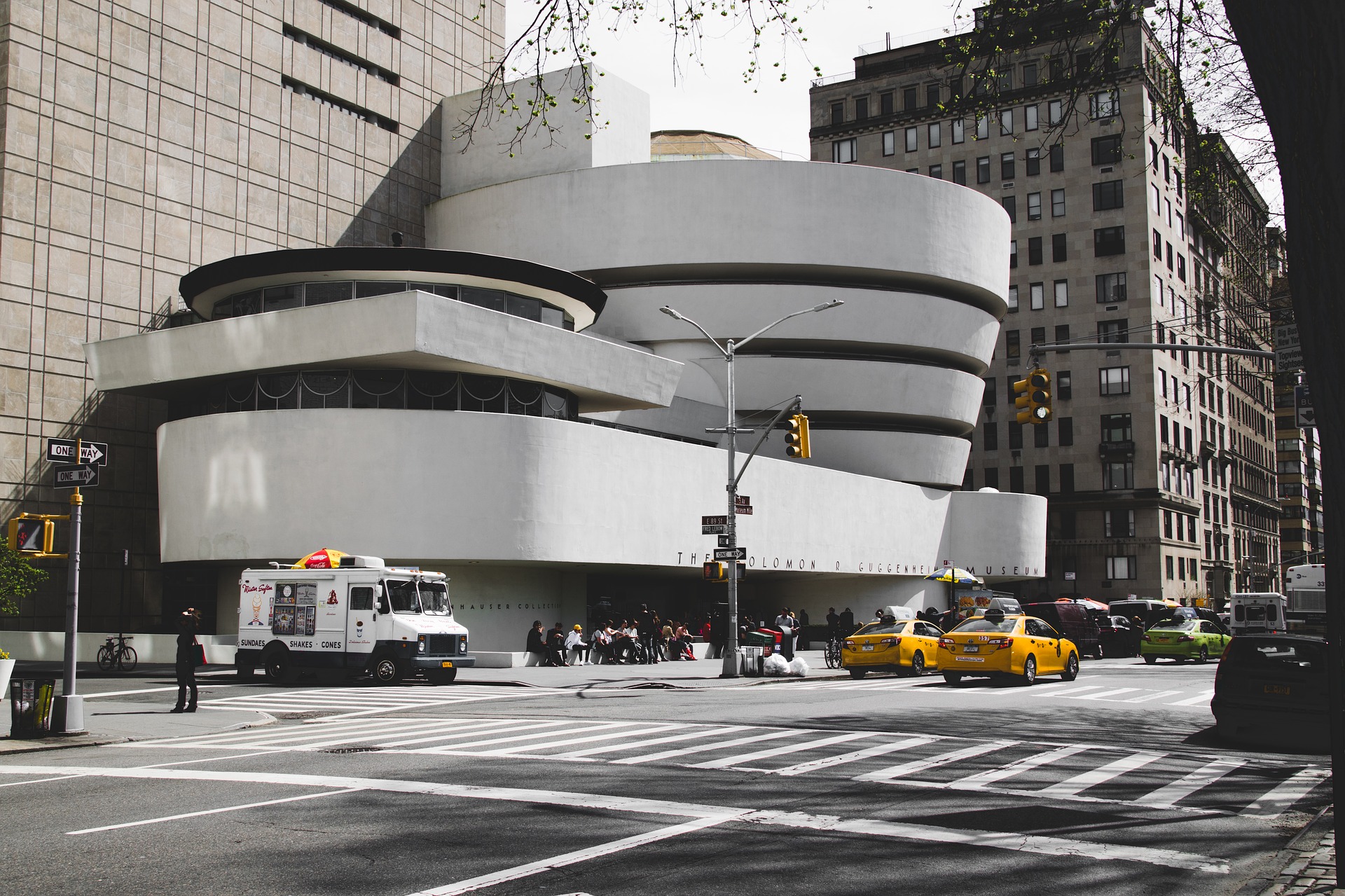 The widely recognised Solomon R. Guggenheim Museum in Manhattan, New York, is not only an incredible modern art museum for anyone with a love for the art form, but is an incredible show of contemporary architecture. While the museum itself has been around since the 1930s, the building, designed by Frank Lloyd, was only finished and moved into in the late 1950s. It was designed as a “temple of the spirit” and features cylindrical shaping that tapers up towards the top, which was a truly innovative design of its time.

Despite initially being criticised when they were first installed, the metal-framed glass pyramids at the Louvre\ Palace art museum in Paris, France are now a globally famous landmark. Designed by Chinese-American architect I. M. Pei, the one large, and three smaller pyramids are now a must-see attraction at the Cour Napoleon, and make for a stunning main entrance to the museum and gallery. It was built in 1989, and the main structure stands at 21.6 metres tall, with a base area of 1,000 square metres. 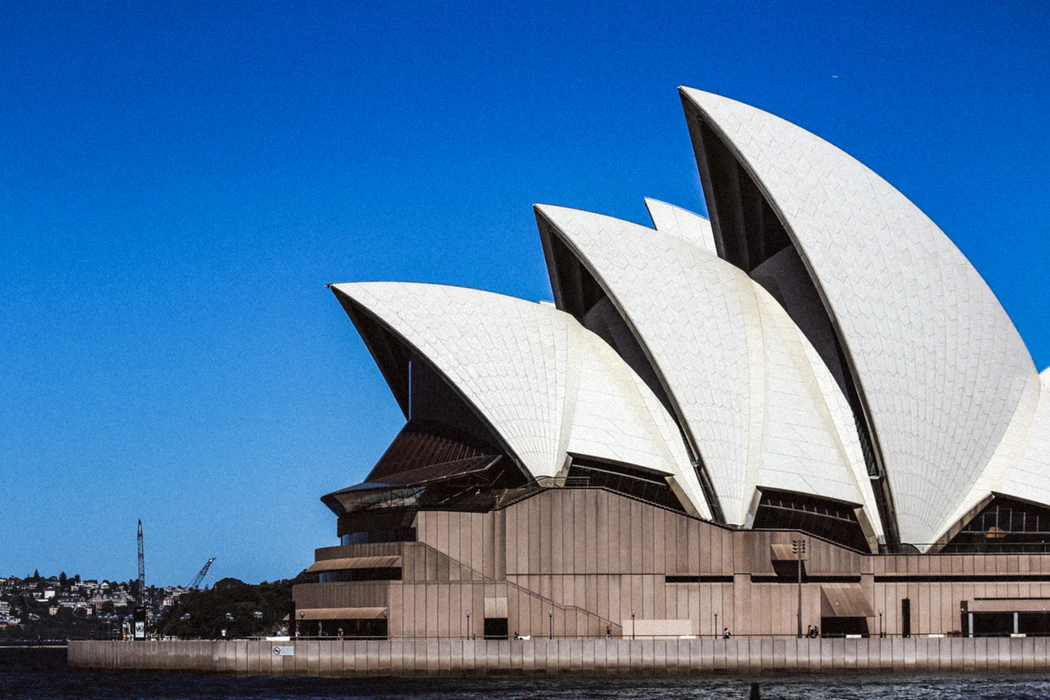 Despite construction spiralling out of control and ending up way over the proposed budget, the Sydney Opera House, formally opened in 1973, has become one of the city’s greatest and most widely recognised landmarks. Danish architect Jorn Utzon put together the designs but famously resigned from the job before the building could be finished. It was, however, completed after racking up final costs of around $102 Million Australian Dollars (A$912 million today) which was a huge throw away from the initial prediction of A$7 million. 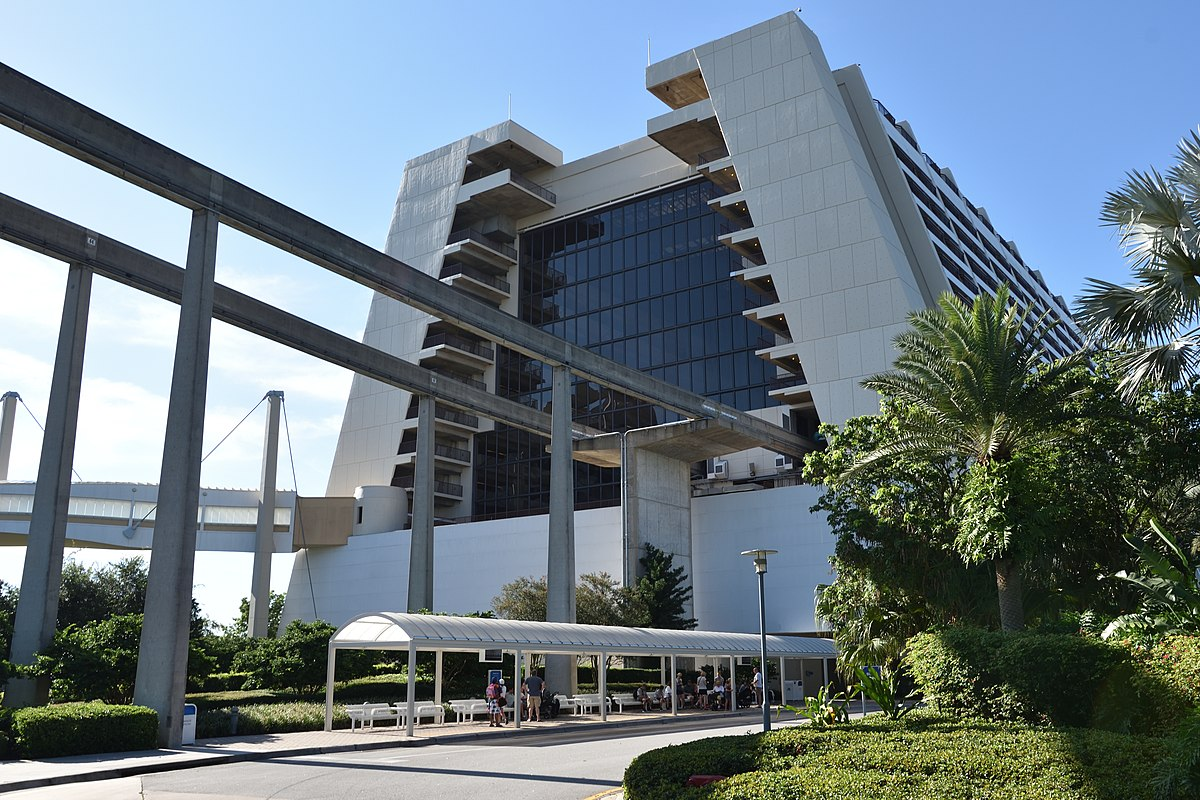 Disney’s Contemporary Resort, previously known as the Tempo Bay Hotel, is one of Walt Disney World Resort’s most modern buildings to date. It was opened back in 1971, and it’s A-frame design stood unique and proud just a stone’s throw away from the main Disney World park. It was designed by Welton Becket as part of a project between Disney and the United States Steel Corporation, and to this day, offers monorail access that passes directly through the building, luxurious hotel rooms, incredible restaurants, stunning views and, of course, plenty of pools, spas and other amenities as you’d expect from one of Disney’s greatest hotels. 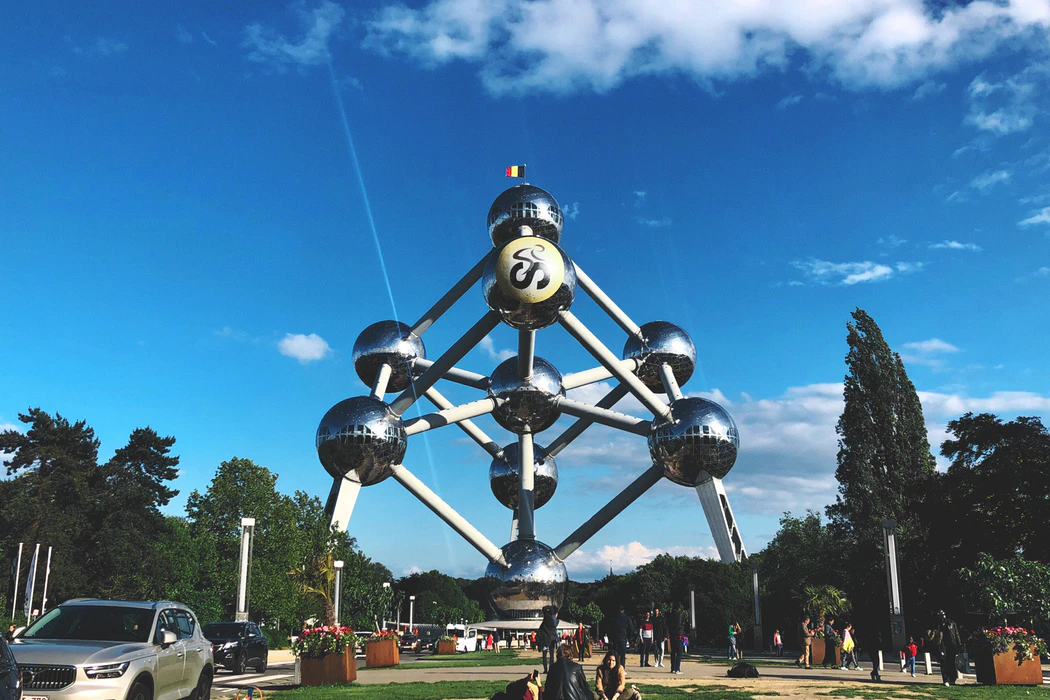 What’s more modern than a building that looks exactly like an atom? The Atomium, situated in Brussels, Belgium, is a unique, post-war Modernistic creation designed by Andre Waterkeyn and Andre and Jean Polak. It was originally created as part of the 1958 Brussels World’s Fair, but still stands as one of the most unique structures in modern architecture. It consists of nine 18m diameter stainless steel-clad spheres, which are connected by tubes of 3m in diameter. It currently hosts exhibit halls and public spaces, as well as a restaurant at the very top sphere which offers panoramic views of the city. 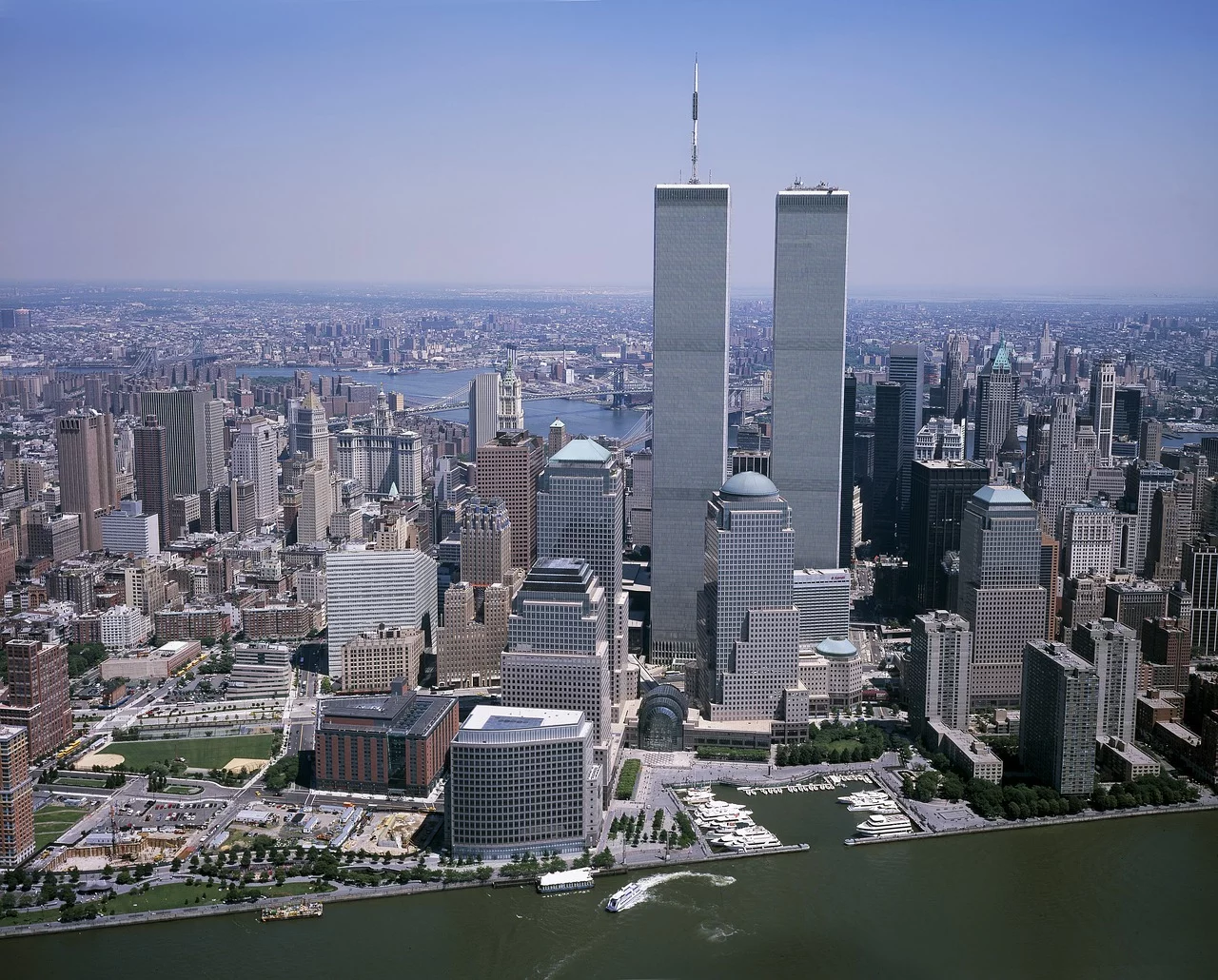 Until the tragic events of 9/11, The World Trade Center was often seen as one of the greatest feats of modern architecture that Manhattan had seen. The two towers were designed by Minoru Yamasaki and constructed between 1966 and 1971 and went on to become one of the most famous American landmarks. Their fame stemmed not only from their striking gothic-modernistic appearance but due to their height, which surpassed the original 80-storey design and went up to 110 when authorities pressed for a total of 930,000 m2 of office space. 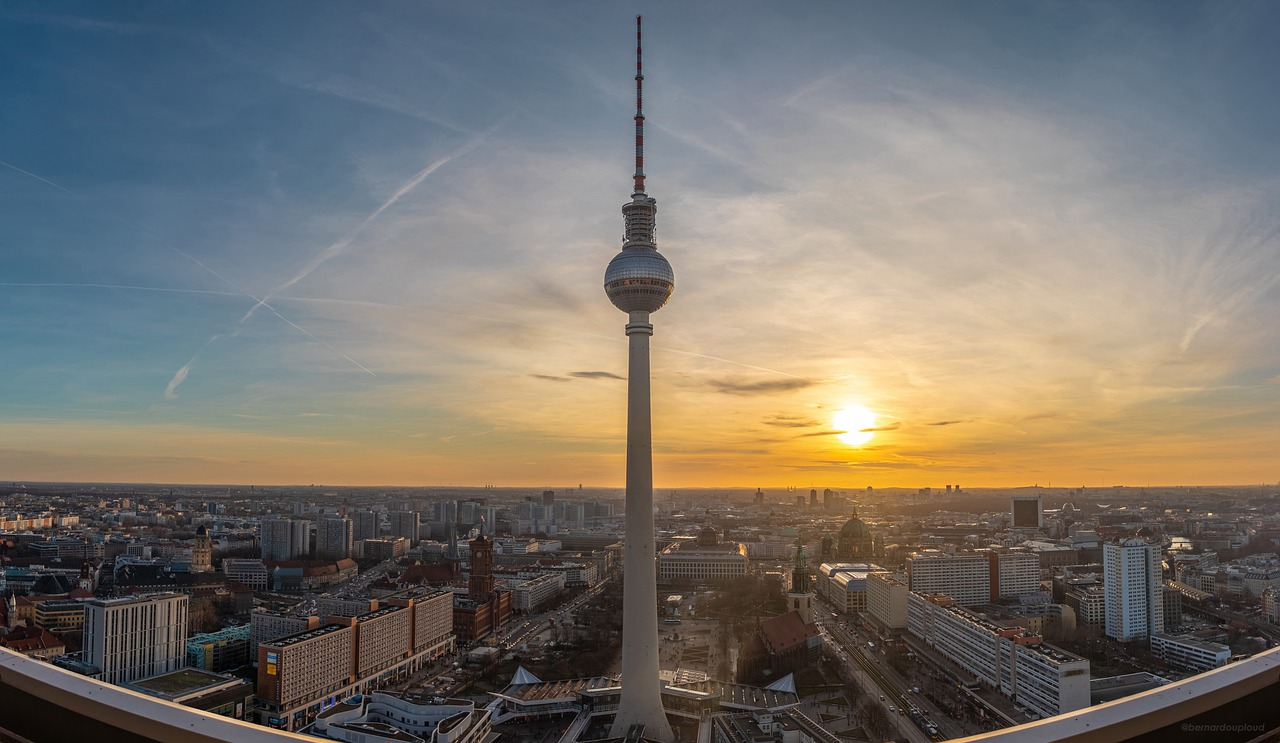 Known in English as the Berlin Television Tower, this structure is a staple in the Berlin skyline today. Commissioned by the German Democratic Republic and designed by Hermann Henselmann, it was built between 1965 and 1969 as a piece of communist propaganda. It is the tallest structure in all of Germany, standing at an incredible 368 metres tall, and still serves a purpose today. It operates as a radio and television broadcasting station, as the name of the building suggests, but also has a viewing tower for incredible views of Berlin.